This is a long post & packed with photos, please bear with me. The rain on all the days that we were in Paris was on and off, including our Disneyland day. Hence why we were not able to do as much as we did the first time we were here. But hey ho, we're already here and we tried to make the best of the day. 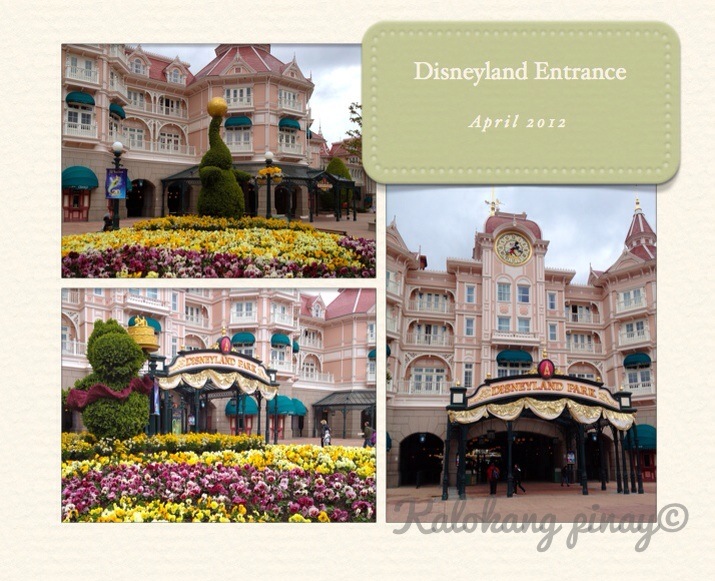 One of the things that I love about the whole place is the attention to detail. Even from the park's entrance you can already feel that they are celebrating their 20th anniversary (the golden cake that the hippo was holding has a number 20) as well as all the colourful banners everywhere made the place feel a lot more celebratory and inviting. 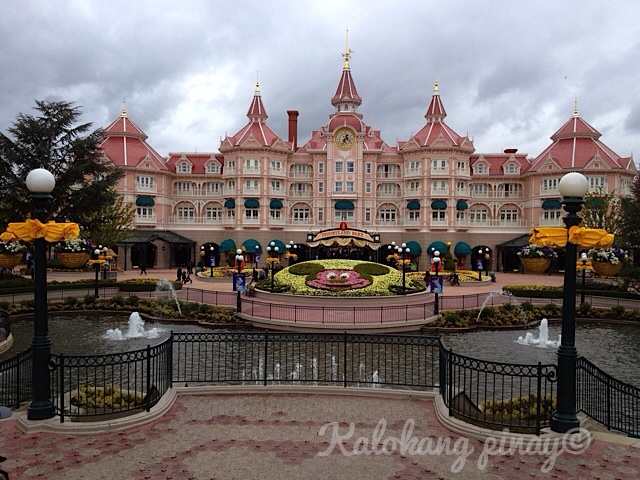 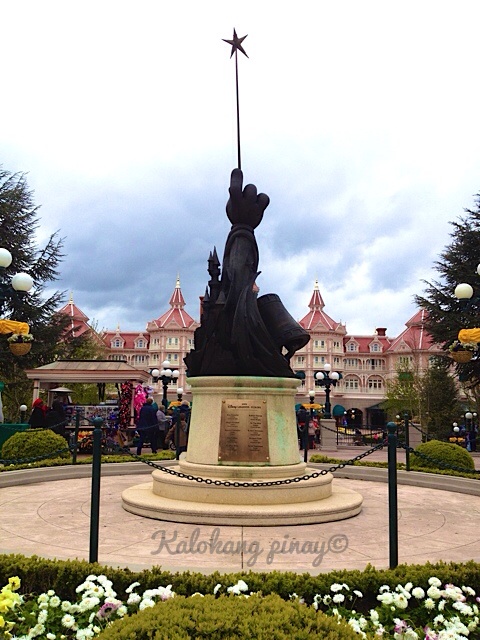 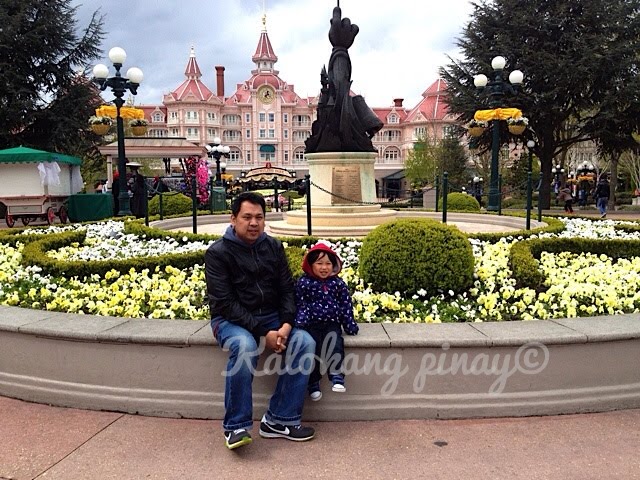 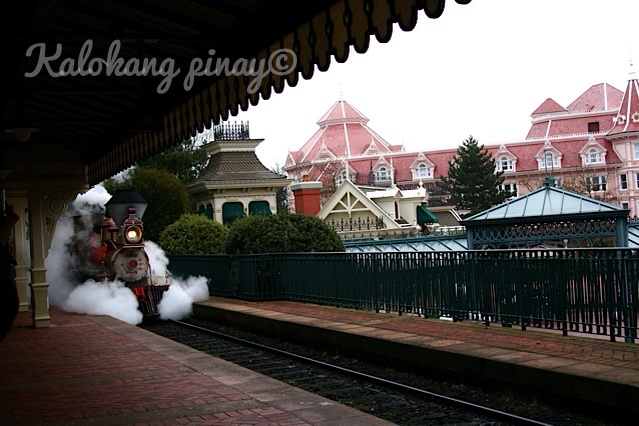 We started off by catching the train that goes around the park. Passengers can get off at any of the stops or you can choose to stay and get off on the Main Street. We chose to stay to have a quick tour of the whole park. 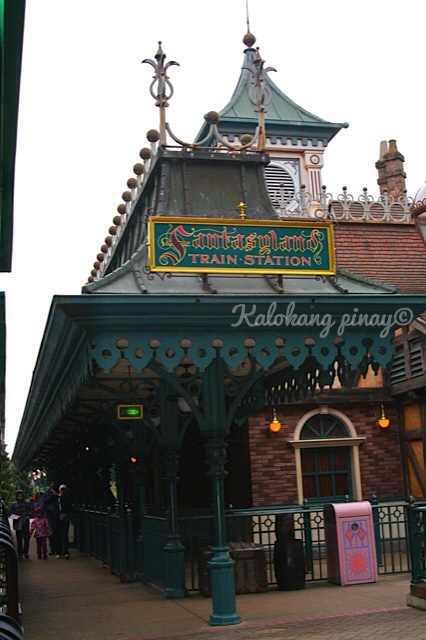 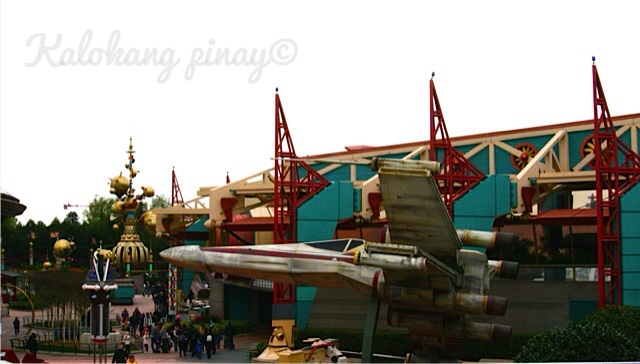 We were a bit early, as you can see here everyone was gathered outside the castle waiting for the park to officially open. 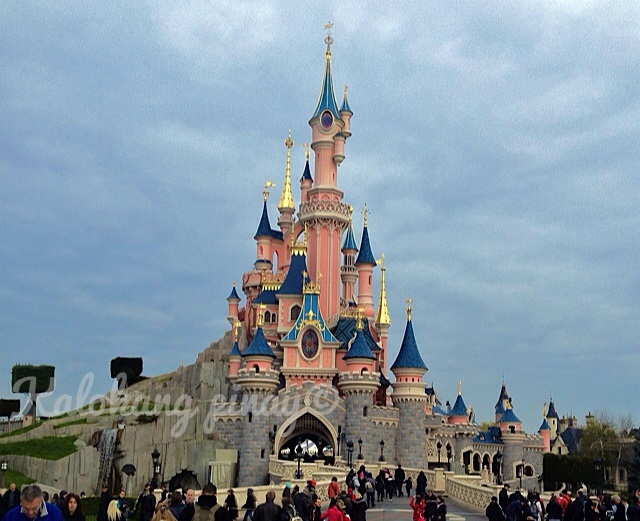 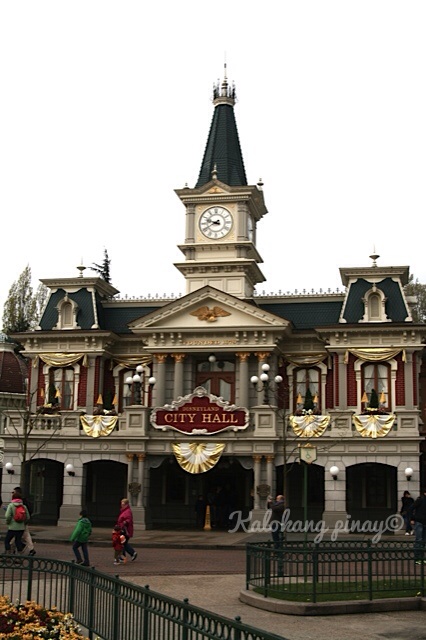 You can choose to walk from here or ride one of the free cars that collect visitors from different pick up points. Poj was in the mood to walk so that's what we did. You could see the different Disney characters scattered around the park, ready to greet and meet. Poj is only starting to know the characters and was not that interested. 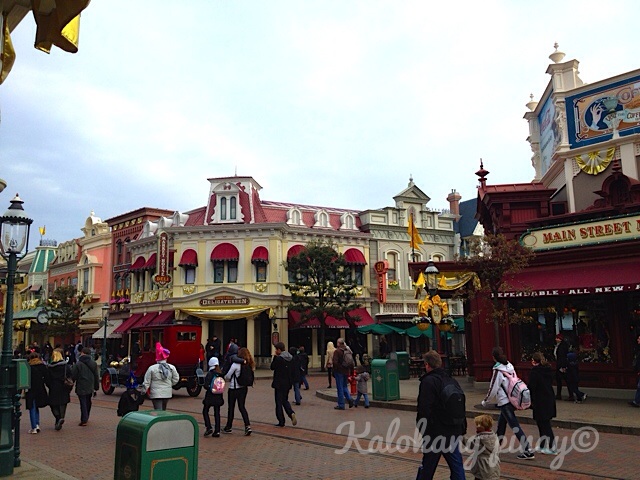 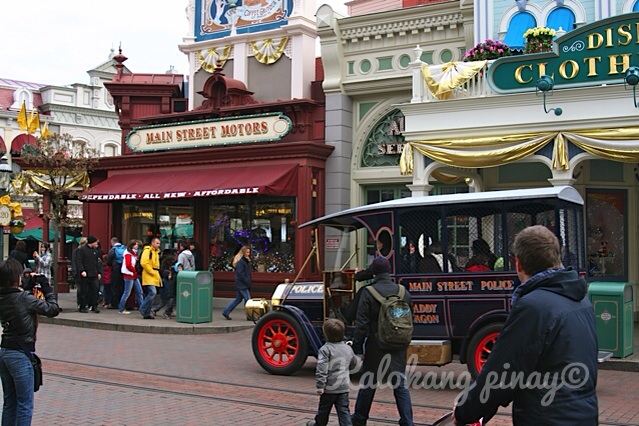 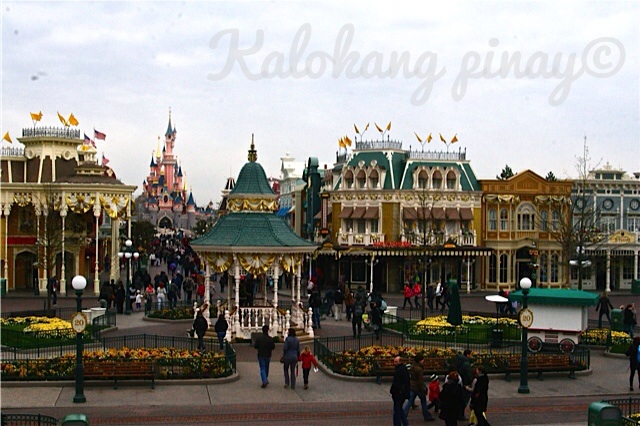 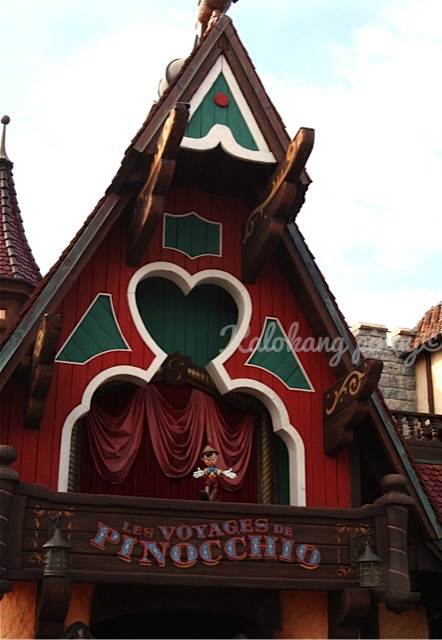 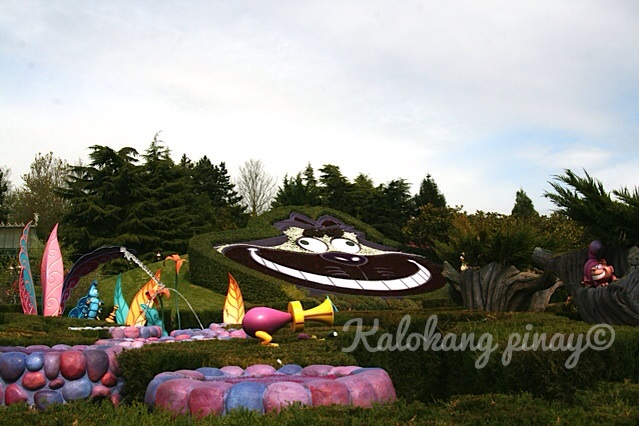 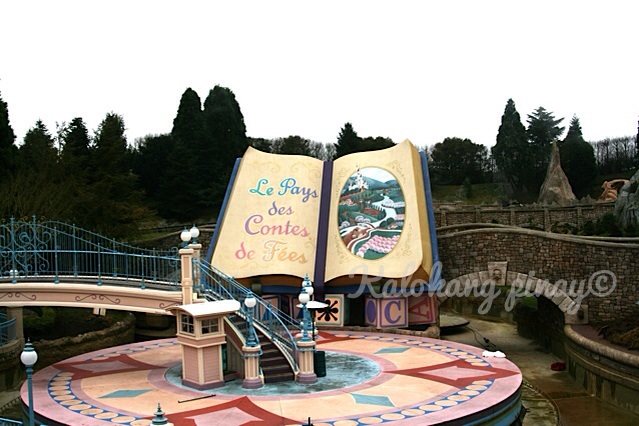 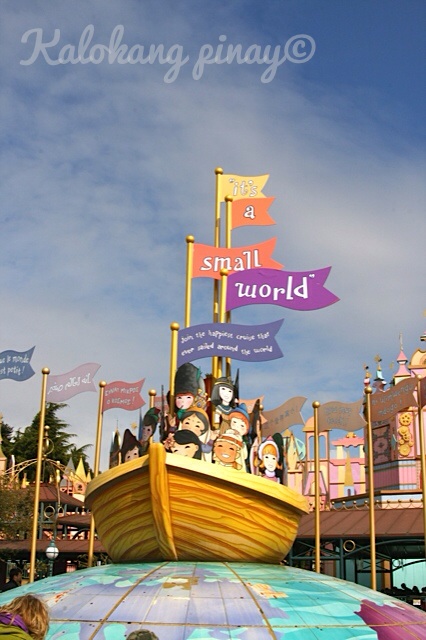 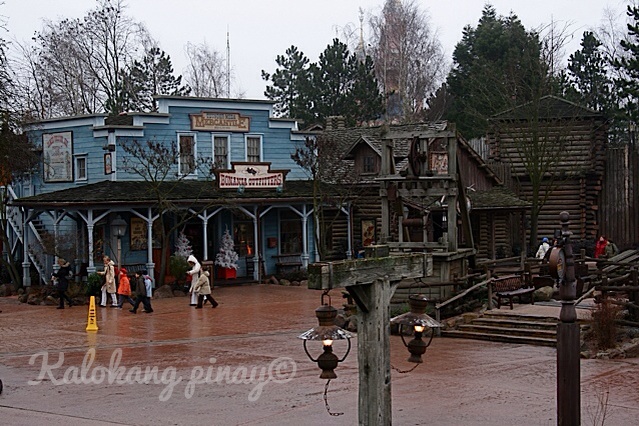 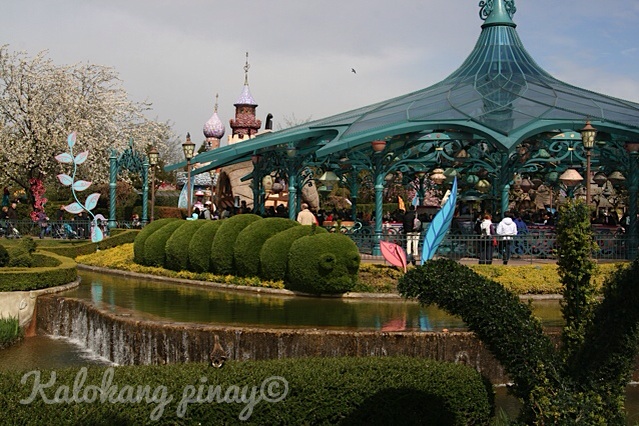 There are a lot of different rides for both the young and the young at heart. There are also a long queue!
There's also a ferry ride that we tried before. A lot of restaurants can be found across the park as well as gift shops.
The park was open until 11pm. The Disney Magic parade was at 5pm and the anniversary light show was at 9pm. 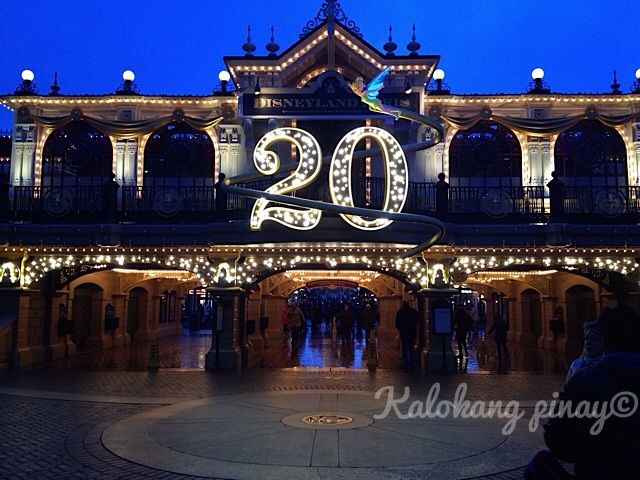 Poj may be young to remember all of these but he had fun on the day. And even when it rained heavily in the middle of the day, we still had a good time. Pero syempre, buti na lang libre lang ang tickets namin, hehe. 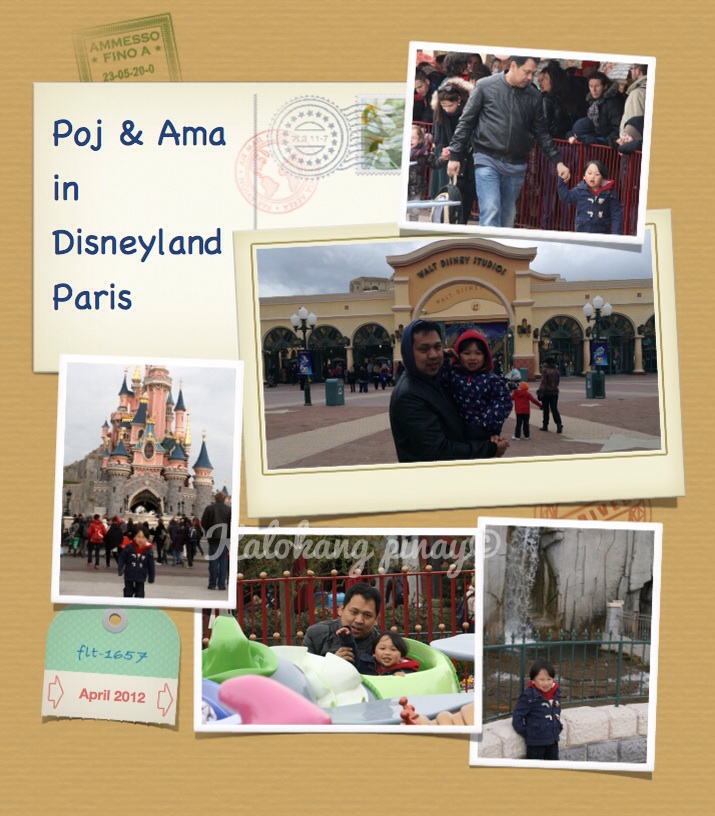 Hope you guys could check out these YouTube videos. The first one is the Disney Magic on Parade and the second video is the 20th Anniversary Light Show and Fireworks.  Poj loved the light show and kept saying "amazing" after every set and every time the fireworks go off. =)