Southampton celebrated Chinese New Year last last Sunday. There was a 2 hour program inside the West Quay mall, before they joined the other dragons that were outside the mall.
There were way too many people & I didn't bring my camera (don't ask why! lola na e) so these ones that I took with my phone would have to suffice. 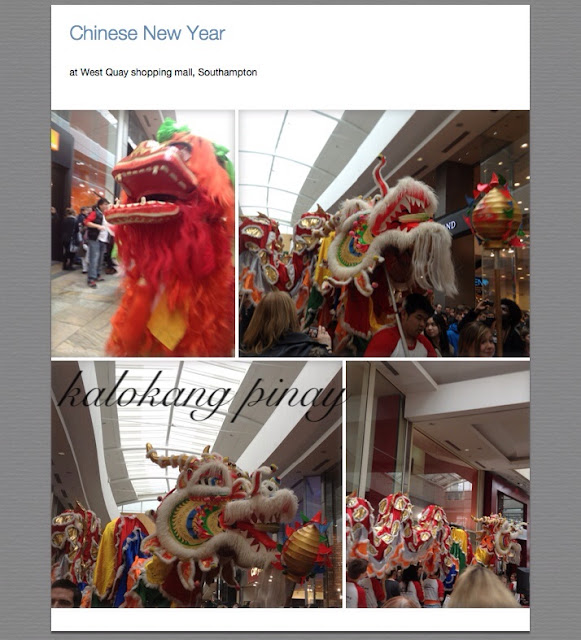 They had dragons dancing on the high street as well, stopping in front of shops. 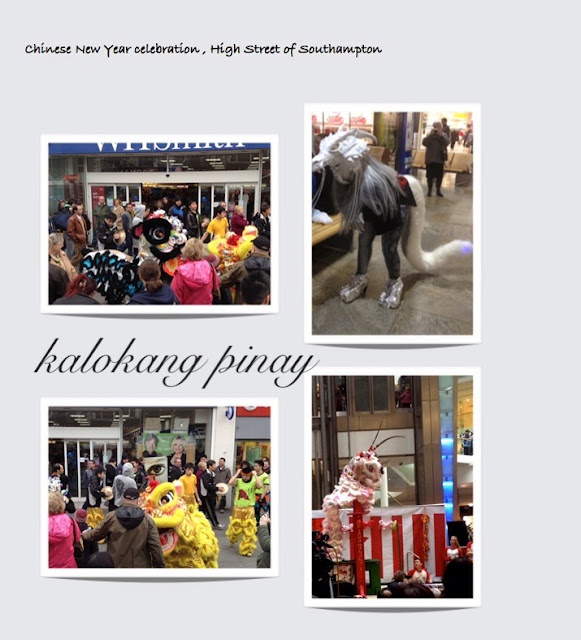 They promised that there would be Chinese market stalls on the day selling Chinese products and food. I have to say that I was a little disappointed coz there were very few Chinese stalls and it even felt as though they were drowned by all the other bigger stalls out there. But hey ho, we still had a mini- food trip. It was freezing but still ate al fresco! Haha, lahat titiisin sa ngalan ng gutom, lol =)

The celebration was well organized and everyone was in high spirits. The food that we tried were simple but yummy, just how they should be.  At sabi nga ni Poj "i like it!" =)