Alright, it's not really that exciting. It's not even that hi-tech either.
For the longest time Papa Erick knows that I want a water proof video cam. I wanted a small one that could take still underwater as well. He wouldn't budge coz he knows my mobile phone contract is up for renewal in November. He told me to get a phone with an HD video and decent still camera.  He has a point there, but there aren't any waterproof phones out, is there?
I only wanted an inexpensive one that we could bring when we go swimming. And this minicamera came to the rescue. It's as small as a credit card, light as a feather (exage!) & is waterproof. It's not HD but for a tad over £20 (P 1400) I'd say it's not bad. 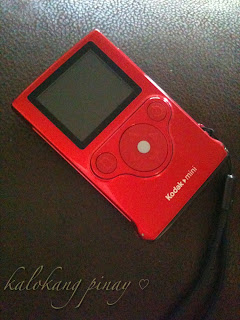 It's not for serious photography or anything like that. But with all the stuff that I need to pack with me whenever we go out (those with kids would know how much you need to pack for them!), I just need one that I could slid in my pocket and not worry too much about. I reckon this would do the job =)
What do you think? 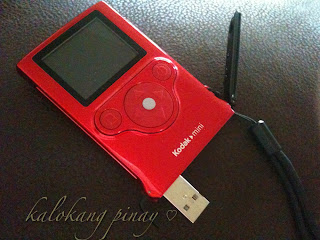 This was the last underwater pic of Poj, taken when he was under 1 (by a professional), hopefully with my new cam we would be able to take pics and video of him next time we go swimming =)